The Virtual Dental Care mission is to provide innovative, turn-key, and easy to use solutions to facilitate the rapid adoption of teledentistry with Teledentix. We strive to help teledentistry become a widely-used industry norm, expanding dentistry beyond the walls of a dental office - even into the broader healthcare system.

Our goal is to help providers use Teledentix to bridge the gap in dental care. By reducing the barriers to access dental care, many populations that were unable to see the dentists will have the ability to strengthen their oral health.

BRIDGING THE GAP IN DENTAL CARE

(5-11) have at least one untreated, decayed tooth

dont' see a dentist as often as they would like (beating Primary Care Doctor, 29%)

The current approach of using slight modifications to the traditional delivery system doesn't work to address the needs of the underserved. The existing model needed disruption.

Our Story and Our Team

With the experience and know-how to build unique and strong products, Richard and Dr. Jackson set out to create technology to help facilitate dental care delivery to underserved populations. In 2016, Teledentix was born.

Meet the dental technology experts who work each day to make Teledentix the best and most advanced teledentistry software on the market. 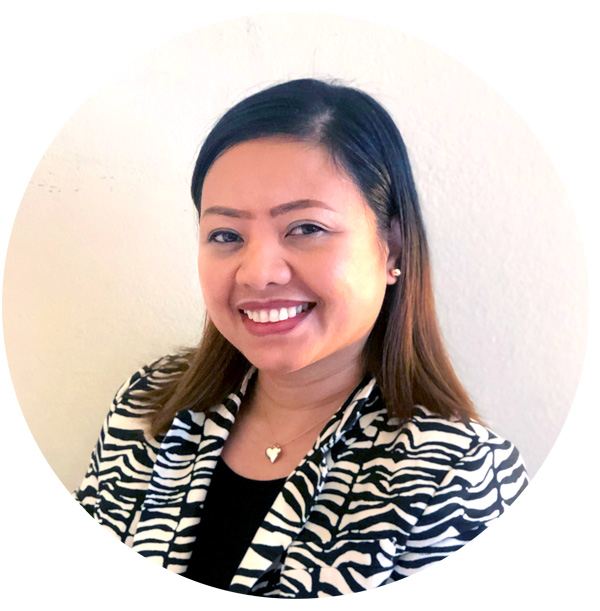 David Berger has over 30 years of hands-on, global, hotel management experience, largely within the luxury hotel market, and later with the preeminent global hotel consulting firm. He has worked in multi-cultural environments, with multi-site locations, in North and South America, the Caribbean, Europe and the Middle East.  Berger speaks several languages and held executive positions with Intercontinental Hotels Group and Sonesta Hotels. He later consulting internationally during his tenure with Laventhol and Horwath to governments, corporations, and owners, contributing to employers’ and clients’ improved profitability in the areas of hotel, timeshare, casino operations, implementation of revenue management, and productivity control systems. 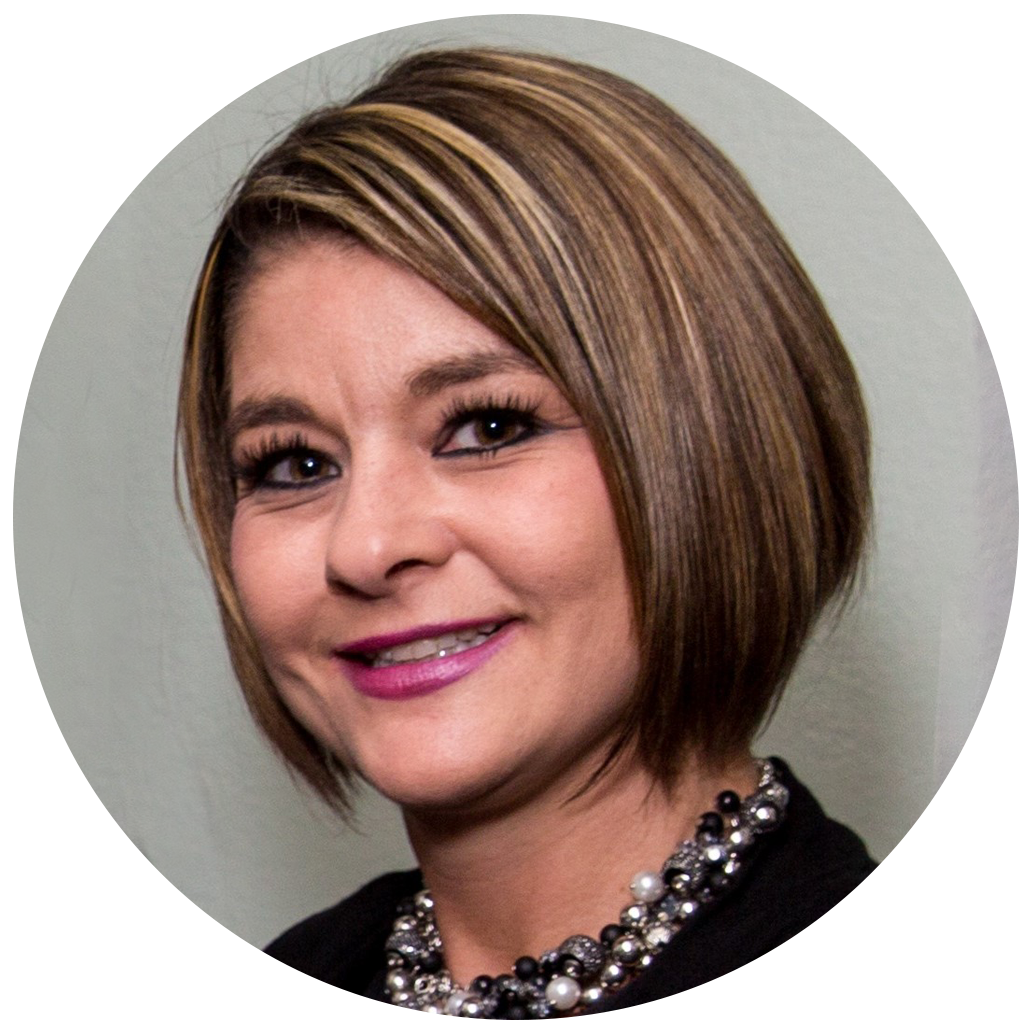 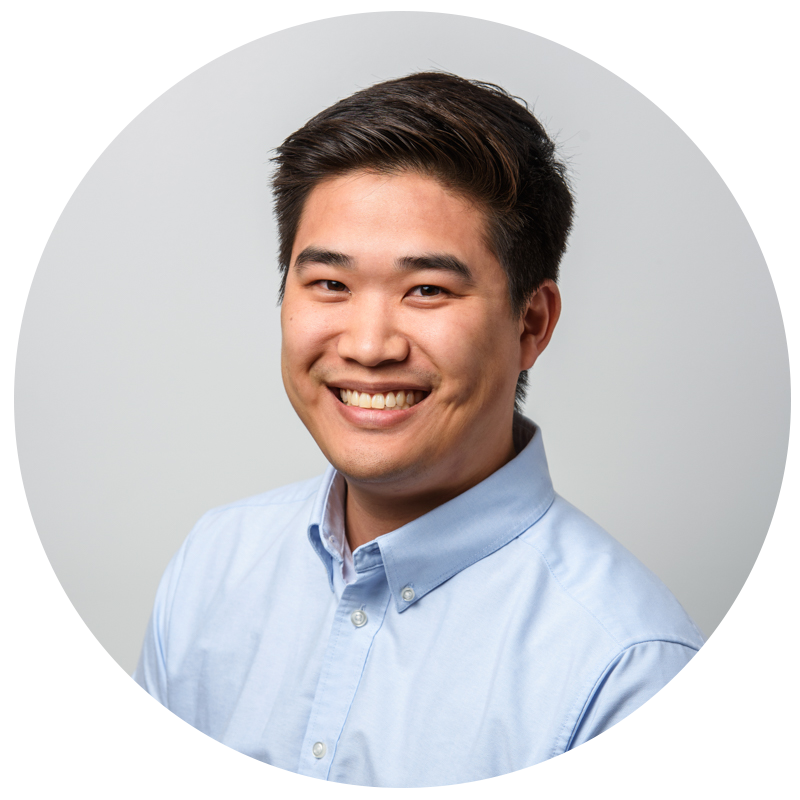 With a background in law and management, Neal Crowley has over 30 years of experience as an executive health care leader in the provider, payor and health care technology sectors, with deep expertise in the multi-site dental health management services field.

Neal leverages a strong legal foundation, serving for six years as the Chief Legal Officer for one of the nation’s largest DSOs, Smile Brands Inc., where he was responsible for identifying and implementing legally compliant business solutions for its over 450 affiliated dental practices.

Neal also served as the General Counsel for InterDent, also one of the nation’s largest DSOs with over 200 practice locations across Arizona, California, Hawaii, Kansas, Nevada, Oklahoma, Oregon and Washington.

In 2020, Neal joined Teledentix and Virtual Dental Care, Inc. (VDC) as the company’s Chief Legal Officer. Neal brings a wealth of industry knowledge to the VDC team to help re-enforce the company’s position as the leading telehealth technology provider. 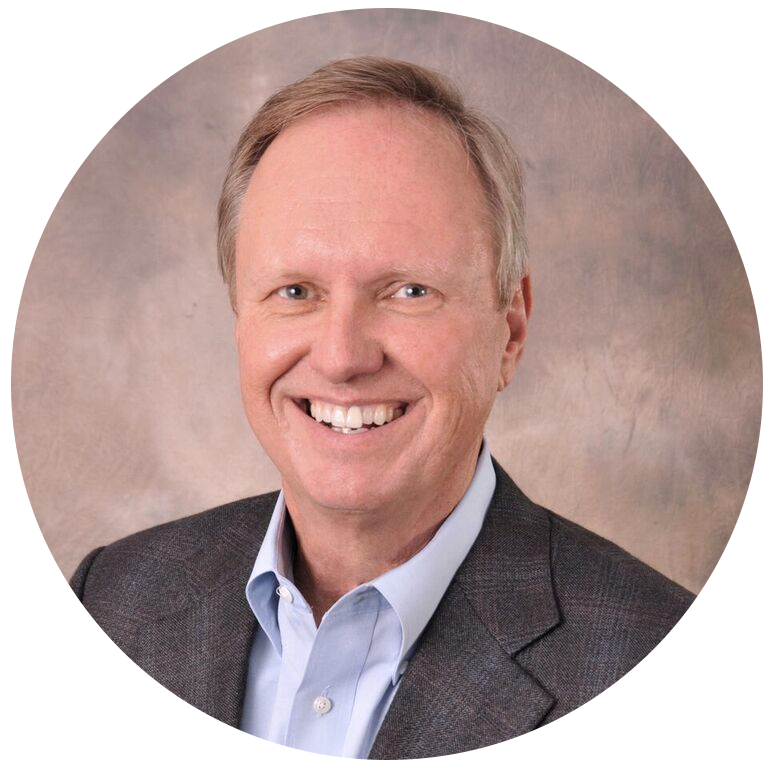 Jeff Flocken has a 30+ year successful career in healthcare services in a variety of organization settings.

Currently a member of the Virtual Dental Care, Inc. Board of Directors, Jeff uses his deep understanding of the overall healthcare industry to help guide the company on industry trends and consumer behavior.

Most recently, Jeff was the EVP of Med3000 a technology and physician services company.

Prior to Med3000, Jeff served as the SVP of the California/Nebraska Region of Tenet Healthcare with responsibility for a $2.6B operating budget and 12 acute care hospitals, six ASCs and nine diagnostic imaging centers. While in the region EBITDA growth occurred through restructuring, asset divestiture and cost management initiatives. He also successfully negotiated labor agreements with three different unions on a statewide basis. Physician integration strategies were implemented through clinics, PC structures and development of an Accountable Care Organization Pilot with a major insurer.

From 1997 to 2005 Jeff was with the St. Joseph Health System. He served in several capacities in the areas of health system development, physician practice management, and hospital management.

From 2000 to 2005 he served as SVP/COO for the 14 hospital and ambulatory care clinics with an operating budget of $2.2B. During the five years, the SJHS achieved record operating results, improved cash flows, Moody’s rating, and had over $100M in philanthropy raised. Integrated inpatient and ambulatory electronic health records were implemented across the enterprise.

Prior to 1997, he spent 18 years with Unihealth, a not for profit health system as the CEO of Northridge Hospital Medical Center (1987-1989) and Vice President Medical Centers Division (1995-1997). While there he oversaw major facilities expansion and renovation projects, physician integration efforts, and service expansion. 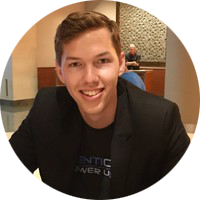 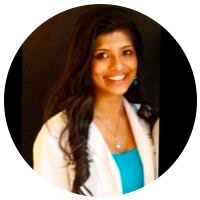 Dr. Mitali Hariawala is currently the Vice President of Professional Relations, managing enterprise clients and strategic partnerships. Since 2018, she has been a key member of the management team.

Beyond dentistry, she has a breadth of knowledge with a BS in Human Physiology, BA in Psychology, and a MS in Nutrition from Columbia University. As an active member of the scientific community, she has written and defended several thesis papers. Outside of academia, she spearheaded the very first patient liaison program in the Emergency Department at Harvard’s BIDMC, which focused on improving satisfaction in care.

She pivoted from clinical practice and joined oral care start-up quip, pre-series A, as the first dental professional on the team. In her role, she grew quip’s dental community to 10,000+ and while doing so, developed skills in marketing, operations, and project management. Dr. Mitali brings a unique perspective with her background in healthcare, business, and entrepreneurship. 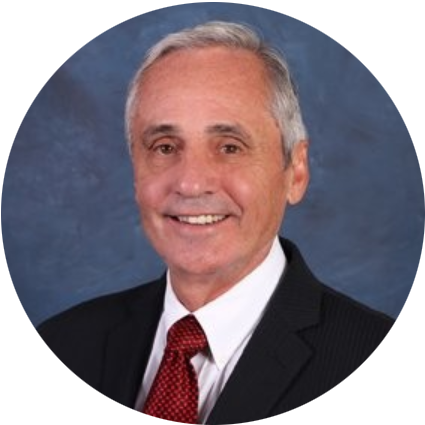 Dr. Jackson is currently the co-founder and COO of Virtual Dental Care, Inc., a telehealth technology company founded in 2016.

Bill practiced clinical dentistry for 10 years, while creating a small Knox-Keene licensed managed dental plan in Los Angeles, which was acquired by Prudential Healthcare in 1985. He became President of the Dental Division in 1990. In 1994, shortly after Blue Cross of California went public as Wellpoint Healthcare Networks, he was hired by Wellpoint to run their national dental division.

In 1998, Bill left Wellpoint to start Dental Connect, the industry’s first real-time dental claims clearinghouse. The company later merged with DentalXChange, which grew to the largest real time clearinghouse in the industry.

Upon the sale of DentalXChange in 2004, Bill helped start Planet DDS, Inc., the company that created the cloud-based dental practice management software, Denticon, which was focused on the needs of DSOs. Bill exited Planet DDS after its sale in 2016. 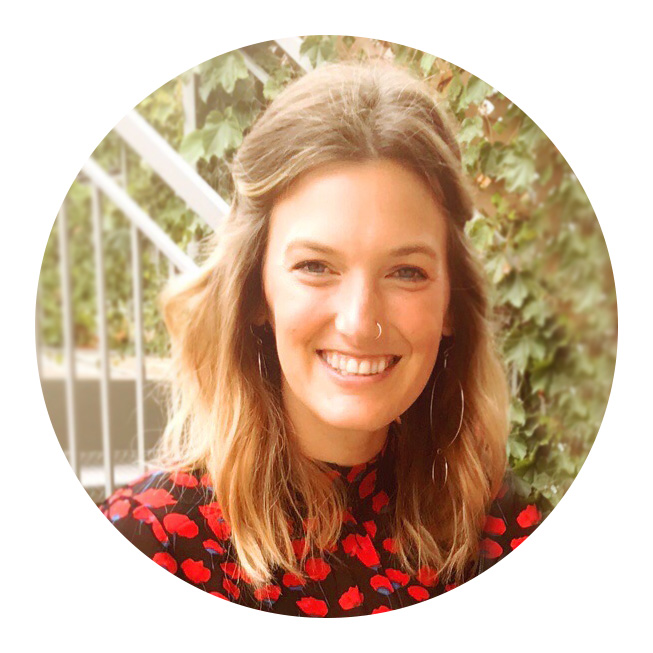 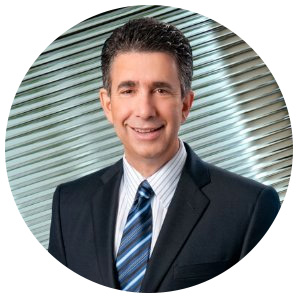 From 2008 to 2015, Robert served as the National Vice President of HealthCare Partners reporting to the COO and Co-Chairman of the Board. HealthCare Partners was the largest privately held medical group in the US with approximately 1,400 employed physicians, 14,000 independent clinicians, 230 contracted hospitals, 18 affiliated health insurance plans, and provided care to more than 1,300,000 patients.

Robert sits on the Board of Directors for DSA Phototech and the Advisory Board for Burnish Creative.

Robert grew up in Swampscott, MA. Robert earned his BA from The Johns Hopkins University earned his MBA at the University of Chicago.  Robert and his wife live in Irvine, CA and their two grown up children live in metro Los Angeles.  Robert has served on several non-for profit boards and loves hiking and reading.

Dr. Harvey is a pediatric dentist by specialty training and board certified by the American Board of Pediatric Dentistry. Dr. Harvey obtained a Master of Public Health with the emphasis in Healthcare Administration at Loma Linda University, prior to earning his Doctor of Dental Surgery degree. He also holds an MBA from the Zapara School of Business at La Sierra University.

He completed a pediatric dental residency program at the Cornell University-affiliated St. Barnabas Hospital, Bronx, New York. After residency, in conjunction with private practice he also held a faculty appointment at Columbia University and served as the Chief/Program Director of Pediatric Dentistry at Harlem Hospital, New York.

Dr. Harvey has a private practice in Irvine with his wife who is an Endodontist. Weekends are just as busy if not busier than the week by keeping their three boys entertained. 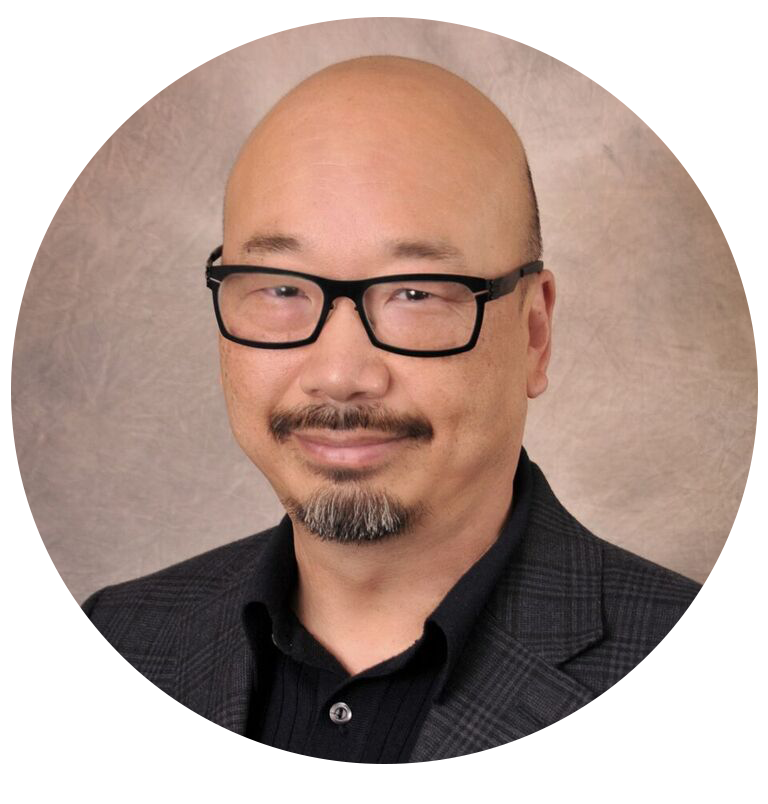 Richard has 32 years of dental technology experience and is one of the dental industry’s most successful information technology entrepreneurs, having founded DentalXChange, Planet DDS, and Virtual Dental Care.

After successful exists with both companies, Richard founded Virtual Dental Care with Dr. Bill Jackson to continue their passion and mission to bring innovative technologies to the global healthcare community. Throughout his career, Richard has become known for his unique ability to successfully adapt new technologies into volatile markets. 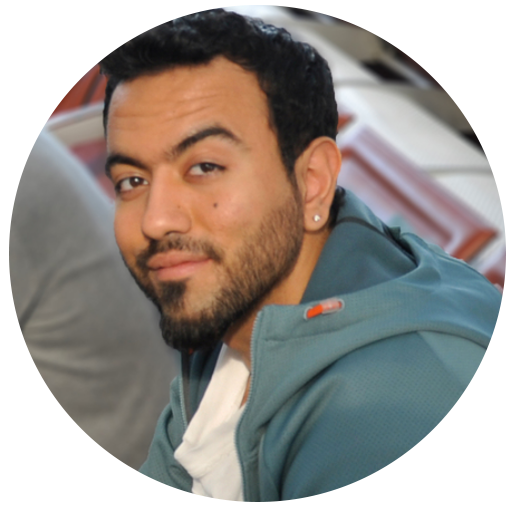 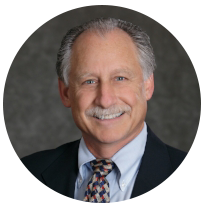